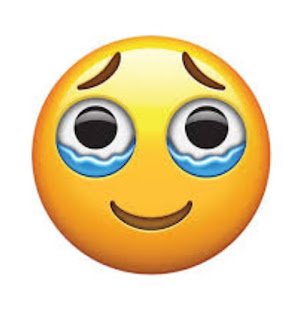 Time to share a story from a local vape shop owner!

"I'm an emotional old lady, and I'm going to admit that over the last couple of weeks, I have shed a lot of tears. From the never-ending assault on this amazing industry, to the harsh reality of the 10-month verdict, to the next day being the 5 year anniversary of the smoking-related heart attack that almost killed my 29-year-old son, to today, I'm a roller coaster river of happy, sad, worried, elated tears. And when I get down, it seems that something reaches out and bitch slaps me a good one, reminding me to never give up.


It was time to lock up the shop last night when a guy in pretty rough shape walked in. He was so out of breath that he could barely walk. He just came from the doctor and the doctor told him this is it, quit smoking or die. The old guy reached into his pocket for his phone and had to pull out 2 inhalers first. My hubby has COPD, so I recognized that one of them was Symbicort, and mentioned it to the man. Yep, he has COPD, too. Much worse than my out-of-breath husband. The old guy uses 2 different inhalers and a nebulizer. (spelling?).

The man liked the Smok Infinix. I asked him how much he had to spend. He looked at the floor and said $20.00. I looked over at my son, and he had the same thought as me. I pointed to the man's hat and asked if he was a Veteran, and of course (Vietnam), he was. We don't have a military discount, but we're not going to tell that guy. So, he ended up with a 30mL of our house line, an Infinix, and a box of pods - with selling him the liquid at our Friday sale price (on a Tuesday LOL) and our newly discovered military discount, it came out to exactly $20!!!! We got him set up and he was so exhausted, he could barely smile as he said thank you and he headed out the door. I felt so bad for him, I muttered a little prayer.

The guy just came back to my shop! He's smiling! He hasn't had a cigarette since last night. AND AND AND!!!! Here's the exciting part.... his buddy saw him "puffing on that thing" and had to try it. Now he wants one. So I ask if his buddy is a Vet, too, and he is. So what the hell, his buddy got an Infinix and a 30ml for 20 bucks and they're going to share the box of pods.

Off he went and he's going to the Legion for lunch. Says he'll be back in a couple of hours with more buddies because getting old sucks and he's got grandkids and these puffing machines make it easy to not smoke! Guess I'm having a flash sale for Veterans!!

So now I'm in tears. Don't get many old folks coming in to quit anymore. Took an old Vet to remind me that Freedom in all its forms is worth fighting for. So go ahead - yell, cry, punch a wall, write a letter, take a day off, but whatever you do, don't give up. Come fight with me. Come fight with all of us. We have so many lives yet to save."

I promise I'll stand with you, I'll fight with you.
~Skip
P.S. - In 2 weeks' time, this Veteran brought in 9 of his fellow Vets, all of who quit smoking with what they call "puffing machines".
Posted by Skip Murray at 9:48 AM